In September 2019 our Slovak team visited the most eastern part of Slovakia, which borders on Poland and Ukraine in the north and east respectively. The region is coated by the typical Carphatian landscape with original virgin woods in the National Park of Poloniny and it boasts the precious Orthodox and Greek Catholic wooden churches, which ornament the area. Many of them are part of a UNESCO World Heritage Site.

This Greek Catholic church was built around 1700 and is dedicated to St Michael the Archangel.

The church received its status as a national cultural monument  due to its architectural and historical value.The massive roof in the shape of truncated pyramid is ended just by one tower and an interesting feature of the building is the fact that not a single nail was used during its construction. Carpenters of the era only used wooden logs with interlocking corners.

The most precious part is the iconostasis, which shines with its variety of colours and the unique Carphatian icons.

In the area we also visited the army cemetery from WWI, which consists of 153 army graves and it makes the surroundings of the church even more remarkable.

Built in 1740, the Church of St Michael the Archangel, is the dominating building in the village of Ruský Potok. The church consists of three typical rooms, but only has two onion-shaped towers instead of three. It is surrounded by a stone fence with two entrance gates. The church houses valuable liturgical books from the 17the century printed in Cyrillic.

We managed to take some photos inside and the altar part called iconostasis was absolutely stunning. The whole church has undergone many reconstructions during its long life and we also had a chance to speak to a local man who helped with one of the reconstructions and his story was amazing.

I really enjoyed our visit to the wooden churches in the eastern part of Slovakia and I chose the one I liked most – the Greek Catholic church in the village of Uličské Krivé. Uličské Krivé is the village located in Snina district in the zone of the Poloniny National Park. The church dates back to 1718 and is dedicated to St Michael the Archangel. The building is divided into three spaces. Women congregated in the “babinec” ( the babinets), the area which was nearest the door. Men stayed in the navy, while the sanctuary was used for church rites. The wooden screen known as the iconostasis is from 18 the century and its doors are painted with icons depicting Christ, the Mother of God, the saints, feast days and the prophets and apostles and they separate the nave from the sanctuary.

Some of the icons, like that of St Nicolas, are from the 16th century, which makes them really priceless.

My memories  are related to the very historic atmosphere we could enjoy in the church and also the moments when me and my classmates tried to find a geocache right in its interior and we did!

Our team also visited the site of the exposition of folk architecture of the Vihorlat Museum in the town of Humenné.

The exposition includes residential log houses, which were typical habitats of poor farmers in the past. In some houses threre are different workshops, e.g. a pottery one or a wheeler one.

The museum also houses a wooden church originally from the village of Nová Sedlica. The church has the NO.1 not only because it is the most beautiful and oldest building in the whole museum, but because it was the first building transferred to the museum site. Over the entrance of the church building, there is a date of its origin engraved on a wooden plate – the year of 1754.

Thousands of visitors come to the museum every year to observe this jewel of folk architecture and we were happy we could enjoy it as well. 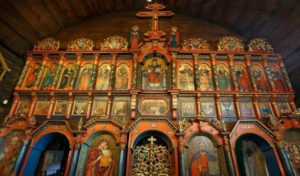 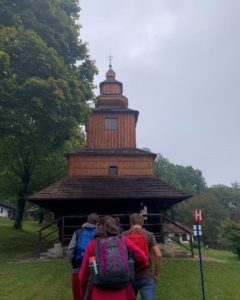 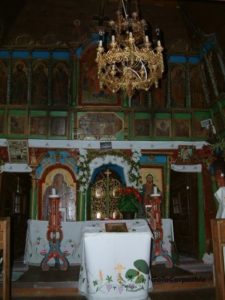 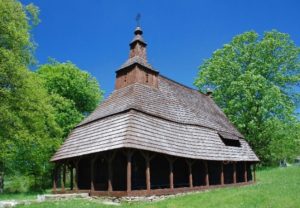 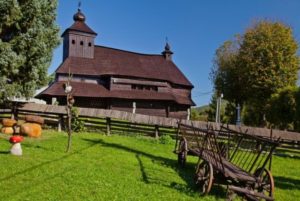 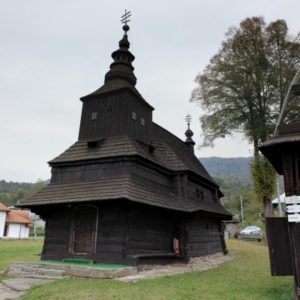 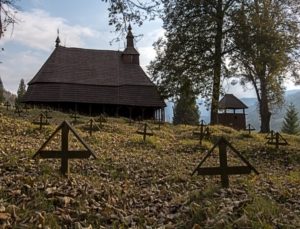 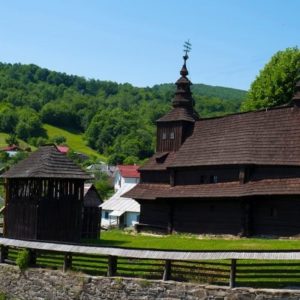