Slovakia is divided into 28 regions. Every region has it own national costumes, songs, traditions, meals… Folk culture plays an important role in the history of our country. It is important to note that all forms of traditional dress (kroj) are a result of centuries of development.

It is assumed that both men’s and women’s clothing was originally shirt-type. It gradually changed form, with only some clothing accessories being similar for both men and woman. Along with the economic and social aspects in the development of folk costumes is the functional aspect. The primary role of clothing is the protection of the body. This function was fulfilled mainly by the components of the under and outer clothing. Working clothes were adapted to natural and working conditions. Festive clothing has undergone a gradual development and is differentiated from work clothes by using newer and more expensive materials and richer and more elaborate decoration. Its specific look was further determined by national, local and religious affiliation as well as by the age, marital, and social status of the wearer. Every national costume of our counrty has the same main structure.But every costume is special in some way.

Motto at the end:
Respect folk monuments after our ancestors, they are irreplaceable! 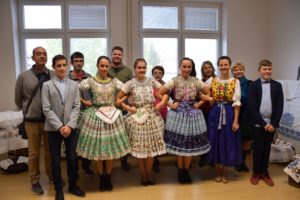 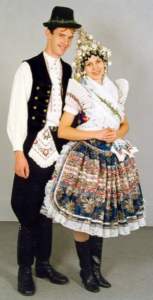 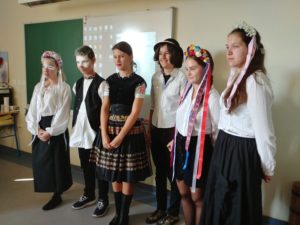