The typical architecture in Stadthagen and the county of Schaumburg is mainly in the Weserrainessance style. This is a Northern and Central German interpretation of the Italian Renaissance style named after the river Weser, not far from Stadthagen.

After the 30-year war, in many regions of Germany the architecture of official buildings and residences was transformed to the Baroque style. Because of the poorer economic conditions in Central Germany many buildings of the Weser Renaissance were preserved instead of being replaced. Later it became a well recognised symbol for the whole region.

Typical for the style are rounded decorative, often rounded gabels at the front of houses. 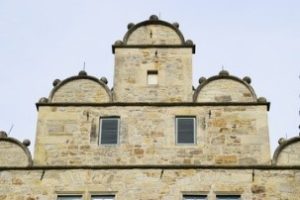 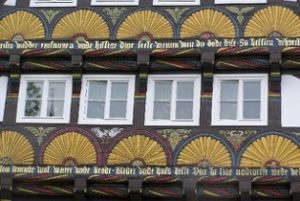 A twentieth-century scholar said about the Weser Renaissance: “This architecture is rooted in the landscape in which it stands. It is folksy because those who created it […] came from the people. The Weser Renaissance is, simply, folk art.“

There are also a lot of half-timbered farm and city houses.

Houses are built with a skeleton made out of wood and the space in between the „bones“ is filled with clay and straw (or bricks in modern times). These are very common as merchant houses in Stadthagen as well as farm houses in the countryside around Stadthagen. 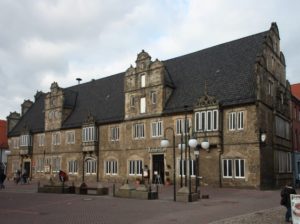 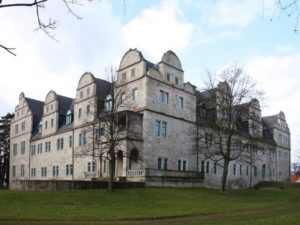 Monument in the Mausoleum Stadthagen 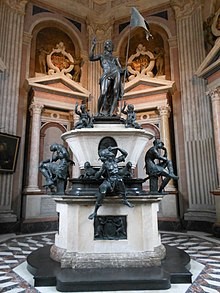 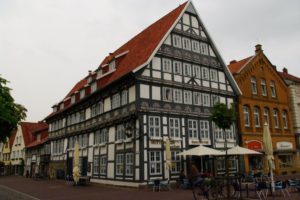