In 1979, the Old City of Dubrovnik was added to the UNESCO’s list of World Heritage Sites. 1940 meters long city walls were built 14th to 17th century to protect the freedom of the Republic of Ragusa (Dubrovnik Republic). The walls are in the shape of an irregular polygon, and they consist of main city wall, 16 towers, 3 fortresses, 6 bastions and 2 drawbridges. 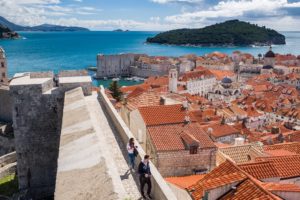 Dubrovnik is one of the oldest and one of the most beautiful towns in Croatia. It was established in the 7th century. It has very rich and vivid history. Most of the sites and monuments within the city walls were built in Gothic, Renaissance and Baroque style. The most significant ones are the Rector’s Palace, Orlando’s Column, Sponza Palace, Franciscan monastery and Franciscan Church, Church of St. Blaise and the Cathedral Treasury. The town was damaged twice throughout the history, the first time in an earthquake in 1667 and the second time in 1991 during the Croatian War of Independence.

Fun fact is that Dubrovnik was used as a filming location for Game of Thrones, Star Wars: Episode VIII – The Last Jedi, Robin Hood and some other, less known movies and shows. 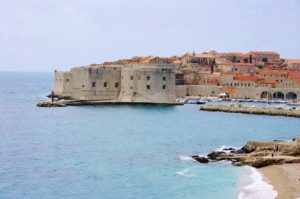