The story belongs to “The Old Czech Myths and Legends” a tells a story about founding the Czech state in the very past.

At that time there were two brothers, Czech and Lech. They were living with their peoples, the tribes of the Slavs, at the Vistula river. As there were more and more people and not enough land, thee brothers decided to leave and find another place for their people. As some of the Slavic tribes had left for the east and south, the brothers decided to leave to find a new place to live for the west.

Czech and Lech with their tribes had to cross three big rivers, the Oder, the Elbe and the Vltava rivers. They had been travelling for a long time and the people started to be really exhausted, so they started to ask the leaders, “When will there be the end of our journey? We are really exhausted and the autumn comes with winter afterwards. We need to settle down soon.” At the time they were at the base of a hill later called Říp. Their leader Czech told them he was going to climb up the hill the next morning and he was going to look around to find out if the land would be suitable for living.

And so he did. Czech could see a nice, rich countryside with rivers and deep forests with a lot of game, surrounded by mountains as protection. He then decided to settle just at that place and asked his people what they wanted to name their new country like. The Slavs told their leader Czech that they wanted to name it Czechia after him.

And we have been calling our country Czechia since then. 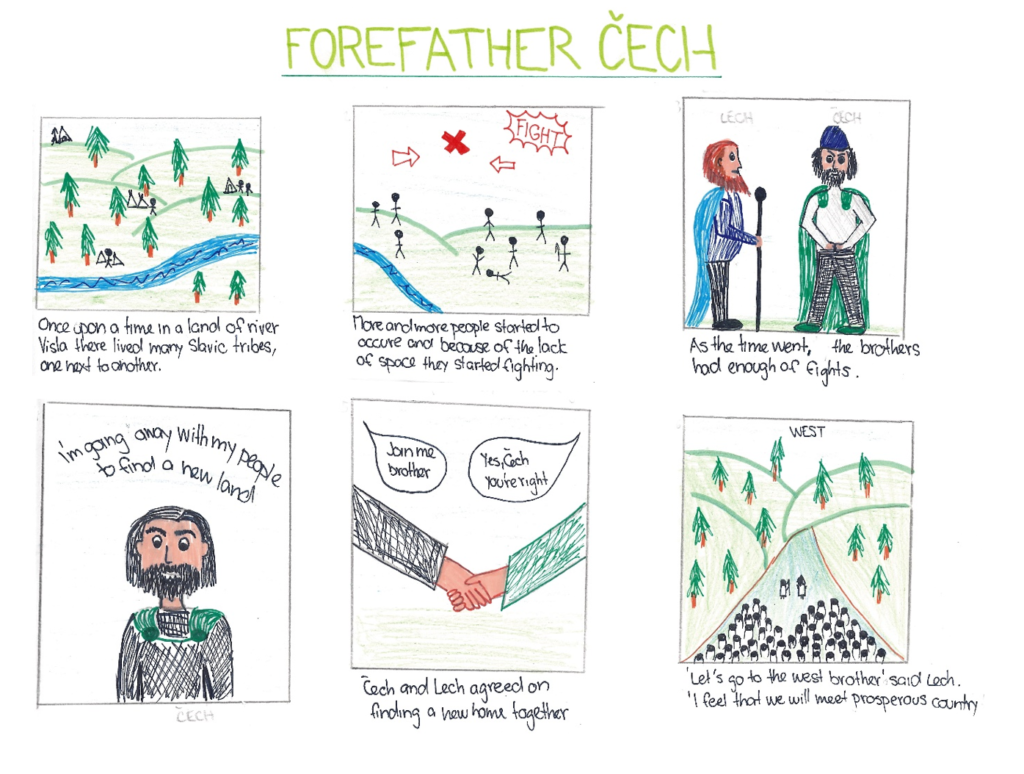 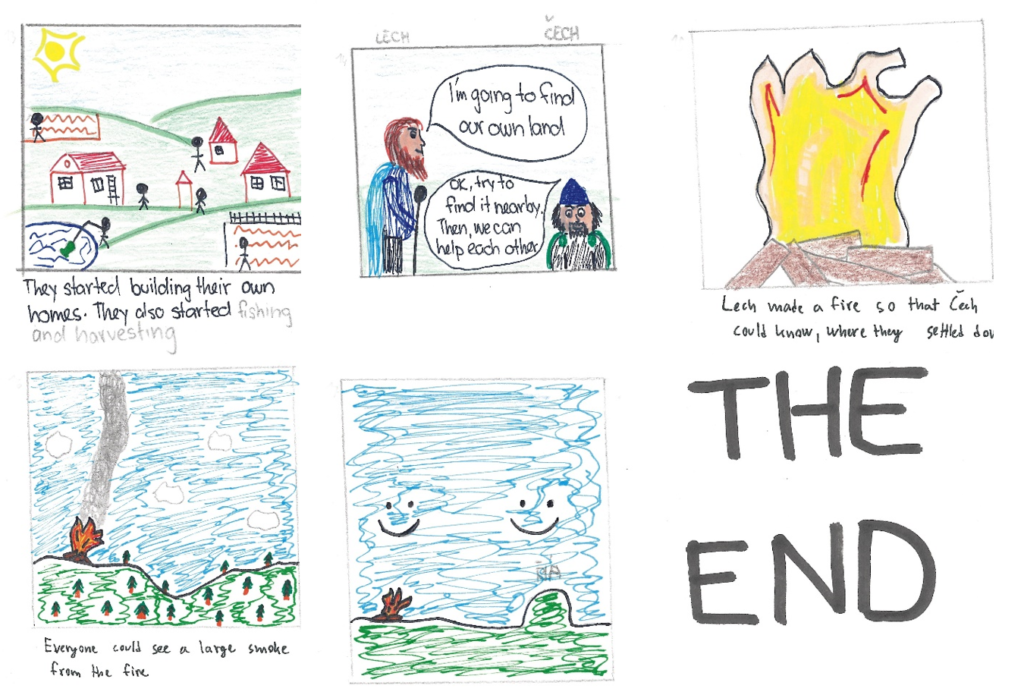