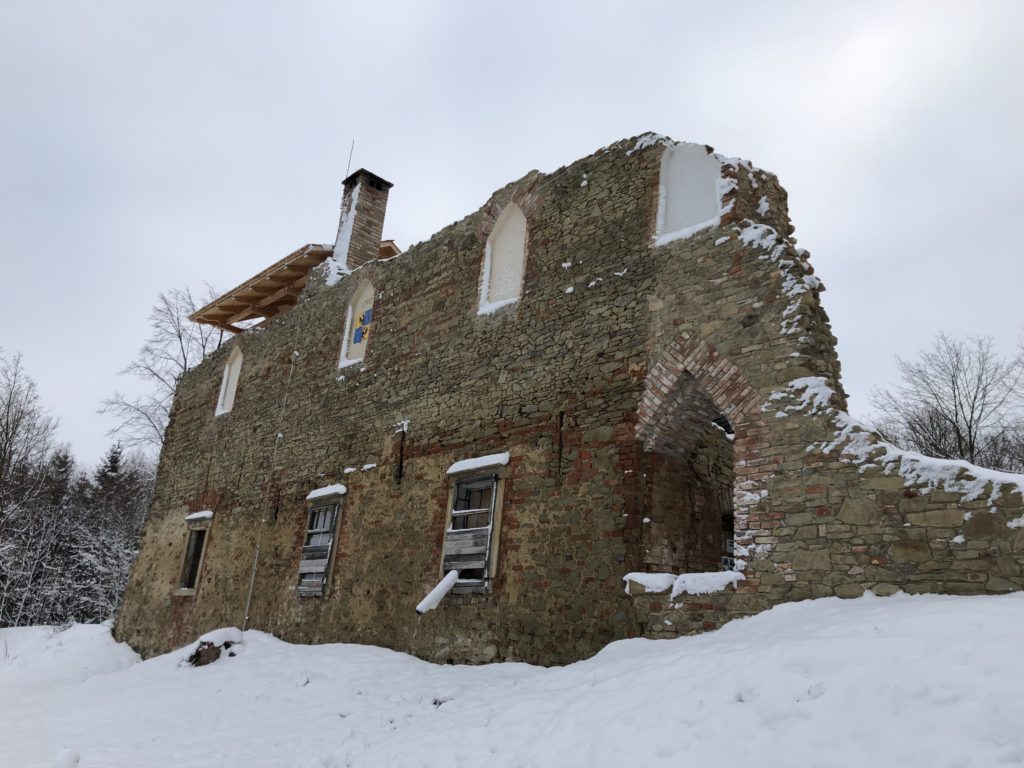 John’s Castle which is also called as Prokopovský dvůr let build on the John’s mountain in Vizovice the prince Prokop Gervas Gollen in 1710-1713. It was built in a length 82.8 m with several rooms for the lords and with th

e stables for a cattle. The well has been carved out in the rock for 3 years. The whole castle costed 2151 gold coins and 32 kreutzer. This large amount of money forced the nobility to sell up one by one all the courts which they had in their own administration. Since then, only the sheepfold had remained on the Jan’s mountain and the other buildings had slowly disintegrated. In 1783 count Blümegen closed down the Prokopovský dvůr on the John’s mountain and sold most of the land. The new settlers on John’s mountain were for example: Martin Dorazil, Jan Brhláč, Kristián Šebesta and others. Before the middle of the 19th century was the John’s castle modified into a gamekeeper’s lodge. This modification was a precious proof of early romantic architecture.

Madrid is a capital and the biggest city of Spain. Population of the city is approximately 3,2 millions people. The city has historical...

3rd day In the morning they woke up at 7 o'clock, breakfasted and went to school. They were at school until 4:00 pm. When they came from...

Last day in Spain 5th day was the sadest and the hardest. I had to say goodbye to my new friends and partners. These few days were the...

L’Albufera-natural park On a 4th day my partners from Spain,Greece,Germany,Slovakia and Cezh Republic and I went to L’Albufera. I was...

2nd DAY   They woke up at 7 o'clock in the morning, breakfasted and went to school. At school they had a game of dating and treasure...