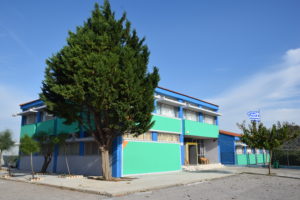 Our school is located in Krieza, a small village on the south-east part of Evia, the second bigger island of Greece and has a population of 91 students, aged from 12 to 15, and 15 teachers, two of whom are exclusively in the Special Education Class. It is a junior high school in a rural area, very close to the sea, so many student familes are involved in agriculture and fishing.
Our school is very much involved in school programs (environmental, cultural and health), with a long tradition in ancient theatre performances and English drama. Our school facilities involve basketball and volleyball courts, a spacious playground surrounded by trees, a Science and IT lab and a school canteen for snacks. We are really proud of our small outdoor theatre, which is built in the shape of an ancient Greek theatre and hosts our outdoor school festivities.
Our school has a Radio Broadcast Team and on an annual basis takes part in the European School Festival, organized in a different Greek city each time. Our students are very familiar with hiking, outdoor camping, and spending time in nature.

You can find more info on our blog (currently in Greek but very soon the Erasmus activities will also be in English).

Description of our area 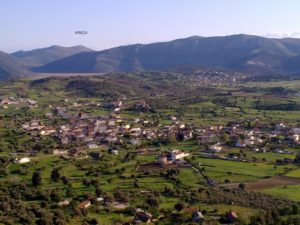 The village of Krieza is situated on the south east part of the island of Evia and has a population of approximately 800 inhabitants. It took its name from Nikolaos Kriezotis, a hero of the Greek Revolution against the Turks in 1821. Krieza is mainly an agricultural area that produces wine, olive oil, fruit and cereal but in the last years it has also been touristically developed as it is surrounded by beautiful beaches. Nearby villages live on fishing and tourism, especially during the summer period.

Krieza is approximately 60km away from both Chalkis and Karystos. Chalkis, which was an ancient city mentioned in Homer Iliad, is the capital of Evia, situated on the Euripus Strait and connected to mainland Greece with two bridges. Chalkis is famous for a special tidal phenomenon that takes place in the strait, as strong tidal currents reverse direction once every six hours. The flow of the currents is entirely dependent on the moon and is directly related to the duration of each lunar mont 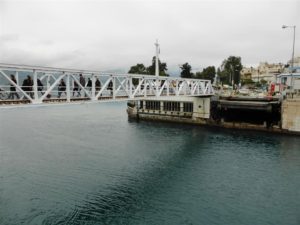 Karystos is a small coastal town overlooking Cape Kafireas, well-known for its dragon houses, huge constructions made of stone which make the visitor think they were built by dragons. The most famous and well-preserved, which attracts attention and admiration, is found on the peak of mount Ochi.

30 km from Krieza is Kimi, a nautical place and birthplace of George Nicholas Papanicolaou, the doctor who created the Papanicolaou test, commonly known as the Pap smear, which revolutionised the early detection of cervical cancer.

The IGS Schaumburg in the city of Stadthagen has more than 1200 students and around 130 teachers and other employees. The school was...